When the Universe was young, the Proemial Gods rose from the cosmic consonance in order to bring order from the void. But their plans to bring perfect order were disrupted by an intruder from the previous universe – Galactus. The World Eater battled and threw down the Proemial Gods, and imprisoned them for aeons in the artificial moons called the Kyln.

Now the Kyln has been destroyed, and two of the Gods have emerged to discover what the universe has become in their absence. They are not impressed.

Aegis, Lady of All Sorrows, was tasked with culling the universe of aberrations. She is furious at the state of this universe; as far as she is concerned, life is an aberration and should be cleansed.

Tenebrous of the Darkness Between was tasked with the black, the dark matter that binds the universe and makes it whole. While calm and pragmatic, he is displeased by the level of normal matter contamination in the universe and wishes it all to be purged. 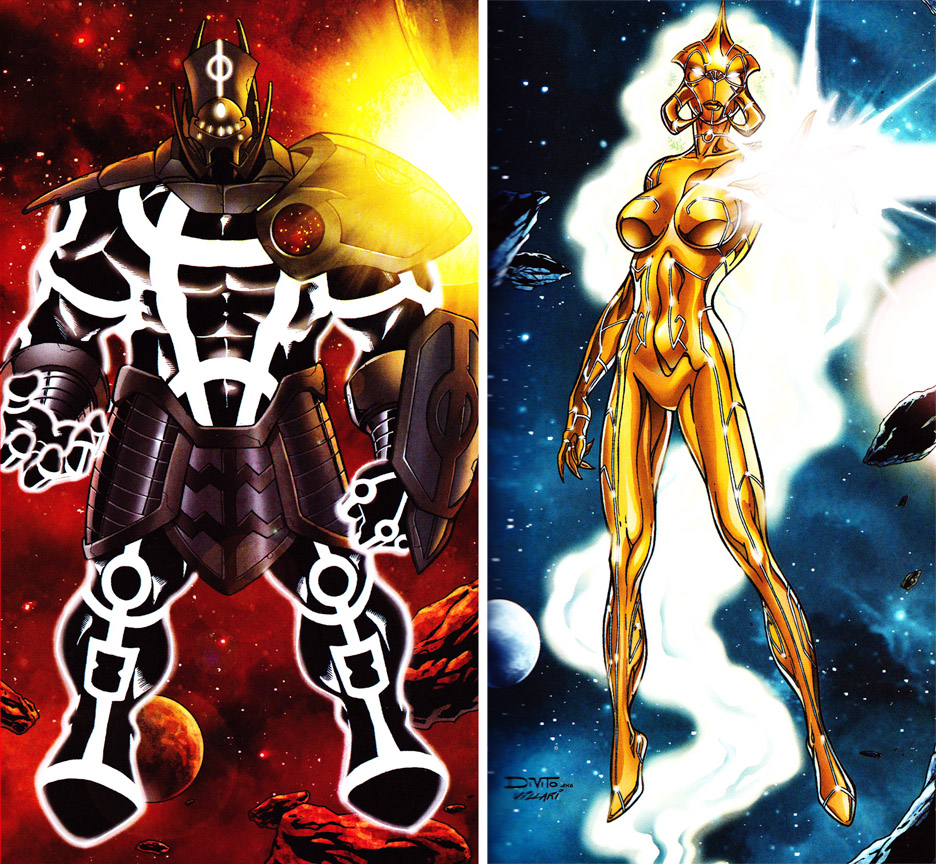 These Proemial Gods wish to bring discipline to the universe, which has evolved in flawed and imperfect ways since their imprisonment, purging it of weaknesses like ‘sentience’ and ‘life’ and making it a grand cathedral of dark matter. This will take aeons, and they are weakened after their long imprisonment – so loath as they are to admit it, they require assistance and have been forced to ally with some of the inferior beings that infest this universe. They have reached a secret agreement of some kind with Thanos, and have imbued Nebula with a measure of power so that she may act as their Herald.