Godthab Omega is a frontier planet on the edge of the Andromeda Galaxy. It is largely a temperate desert, with no native sentient life forms, and its mineral resources are unremarkable. The one notable feature of Godthab Omega is that it is a refuge and hideout for the galaxy’s outcasts and exiles, a large number of whom have come to the planet to hide from justice or the consequences of their actions.

After suffering defeat at the hands of greater powers, the assassin Gamora chose Godthab Omega as her new hideaway, erecting her headquarters in Mount Virago. Eventually she gathered other female outcasts to her, forming a group she called the Graces, and they began taking control of the planet’s settlements. The only town not to fall to Gamora’s command is Abyss, a community largely inhabited by the remnants of the Kree Star Corps, a disgraced band of guerilla soldiers. 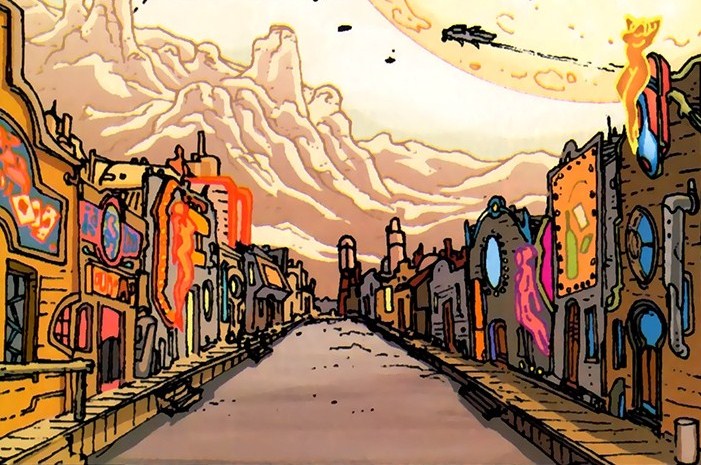 A battle between Gamora’s Graces and Ronan the Accuser (and his Star Corps allies) revealed that the reality-shaper Glorian had also made Godthab Omega his home, and was telepathically manipulating its inhabitants in order to fuel his powers and make the world his ‘artistic’ canvas.