Located in the Andromeda Galaxy, Azimuth Station is a space station on the border between Rigellian space and the remains of the Skrull Empire; a centre for trade and diplomacy between species. Its Rigellian masters are largely absent from the daycycle-to-daycycle operations of the station, preferring to leave administration (and occasional rule enforecement) to their Recorder androids. 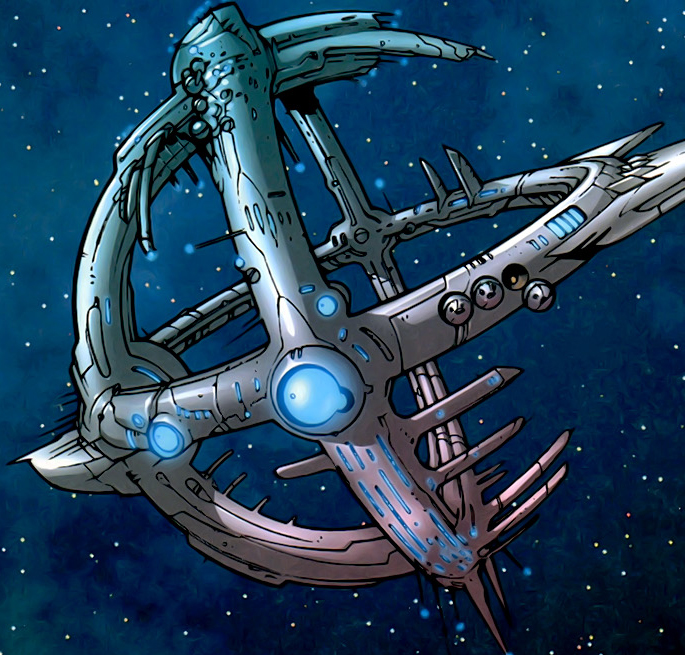 As the civilizations of the Andromeda Galaxy disintegrate under the assaults of the Annihilation Wave, Azimuth Station has become a nexus for terse negotiations, a meeting place to plan defences and a waystation for desperate convoys of refugee ships. The Rigellians struggle to retain order, especially in the wake of the Seekers’ attack on the station in their quest to bring down the wielders of the Power Cosmic.

The station is currently under the protection of Quasar, one of the most powerful mortals in the universe. But the power of his Quantum Bands, and the fragile alliance he has brokered with the Shi’ar Empire and the remnants of Baroness S’Bak’s forces, may still not be enough to hold back the Annihilation Wave.