The Matrix is a red-gold cube about a metre per side, that hovers in mid-air.

Glorian was a human artist transformed by the power of a Cosmic Cube, one of several devices created to contain reality-changing energies. During a confrontation on Godthab Omega, he unleashed his powers and tried to transform the planet, but was defeated by Ronan and others. His powers turned back on himself and he turned into a cubical energy matrix.

Before the matrix could be safely contained, Godthab Omega was invaded by the Annihilation Wave, and Eradica took the matrix back to Annihilus’ fleet. Ravenous used it as part of an abortive attempt to capture the Heralds of Galactus. He then took it to Hala, where it was claimed by Korath and Nova Prime.

What will they do with it? 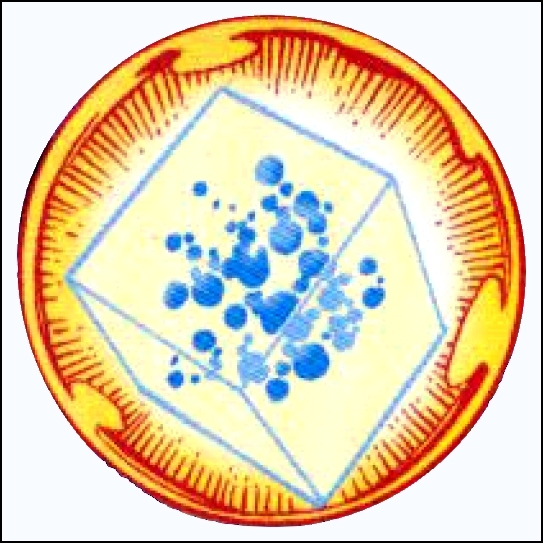