A weapon of honour crafted by the Asgardian gods

Stormbreaker is a long-hafted warhammer of an unusual design. It is made of mystic uru metal and is nearly indestructible. More than a mere (and powerful) weapon, it contains the vast mystical power of the Asgardian gods; it can open portals to other dimensions, control the weather, project blasts of magical energy and protect its wielder from harm.

Stormbreaker came into creation following the fight between Thor and Beta Ray Bill at Skartheim. After the battle, Bill felt guilt over his victory, now feeling that Mjolnir was Thor’s by right. As a compromise, Odin had a new hammer made for the cyborg Korbonite warrior, crafted from the same uru metal as Mjolnir. With the assistance of Eitri and other dwarf blacksmiths, they forged Stormbreaker.

In battle to save the world of Nycos Aristides, Beta Ray Bill was overcome by the alien warlord Annihilus, who used his Cosmic Control Rod to wrest away control of Stormbreaker. Now Annihilus seeks to tap its mystical energy in his quest to find great sources of cosmic power. 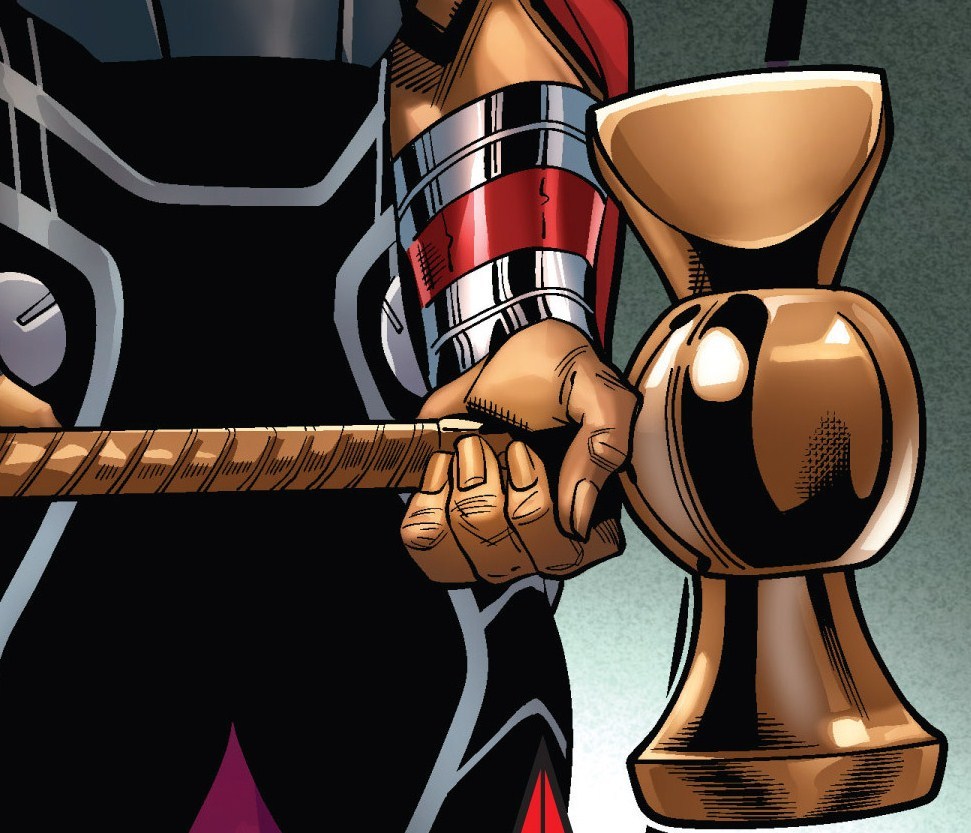