The Harvester of Sorrow was a super-weapon the size of a small moon, 300km wide. It was capable of destroying planets by dipping into the atmosphere and firing anti-energy into the planet’s core, converting all matter on and in the planet into high-energy-density plasma that is used to power the Annihilation Wave. It was nearly indestructible.

The Harvester of Sorrow was used on a number of planets in the Annihilation Wave’s campaign through the Andromeda Galaxy, including Ask’lo. All attempts to destroy it were unsuccessful.

The Super-Skrull ventured into the Negative Zone to search for the secrets of the Harvester and find out how to stop it, along with Iron Man, Ms Marvel and Mr Fantastic. They took control of the planetoid where the Harvester was built, unearthed its schematics and built a viral weapon that could stop the organic superweapon.

In the battle for Azimuth Station, the heroes used the viral weapon on the Harvester and shut down its defences, allowing Quasar and Ms Marvel to attack it from within; they destroyed its anti-energy core and the Harvester exploded. 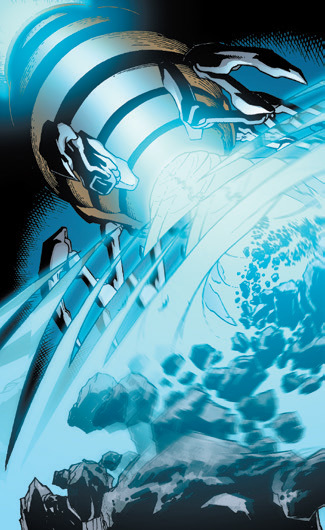