The first and greatest of the Warskrulls

The Super-Skrull is an accomplished shapeshifter, infiltrator, soldier and agent provocateur. His abilities are modeled after the Fantastic Four’s original abilities; he is incredibly strong and tough, can fly, turn invisible, control flame and stretch his elastic body.

Veteran Skrull soldier Kl’rt was handpicked to become the first Super-Skrull, a soldier of the empire enhanced with superpowers. He was sent to battle the Fantastic Four on many occasions, but was always met with defeat, falling from the good graces of his masters. After years of defeats on Earth, Kl’rt returned to the Empire and to a position of respect among his people.

Kl’rt led Baroness S’Bak’s ground forces in an attempt to protect Aks’lo from the Annihilation Wave, but the planet was destroyed by the Harvester of Sorrow. His search for a way to destroy the Harvester led him to Earth, where he reluctantly gained help from Reed Richards to enter the Negative Zone. In the Zone, the Super-Skrull and his allies developed a virus to weaken the Harvester, then returned to destroy it once and for all. The Super-Skrull was badly injured in that battle, and is still recovering.

The Super-Skrull is an embittered veteran, jaded by his experiences and hardened by long years of fighting for principles and a people he’s not sure he believes in any more. Like other Warskrulls, Kl’rt is a cold-blooded killer and absolutely ruthless when he needs to be. He tends to think in terms of survival and brutal competition, regardless of the situation; he’s always looking for an angle he can turn to his advantage. 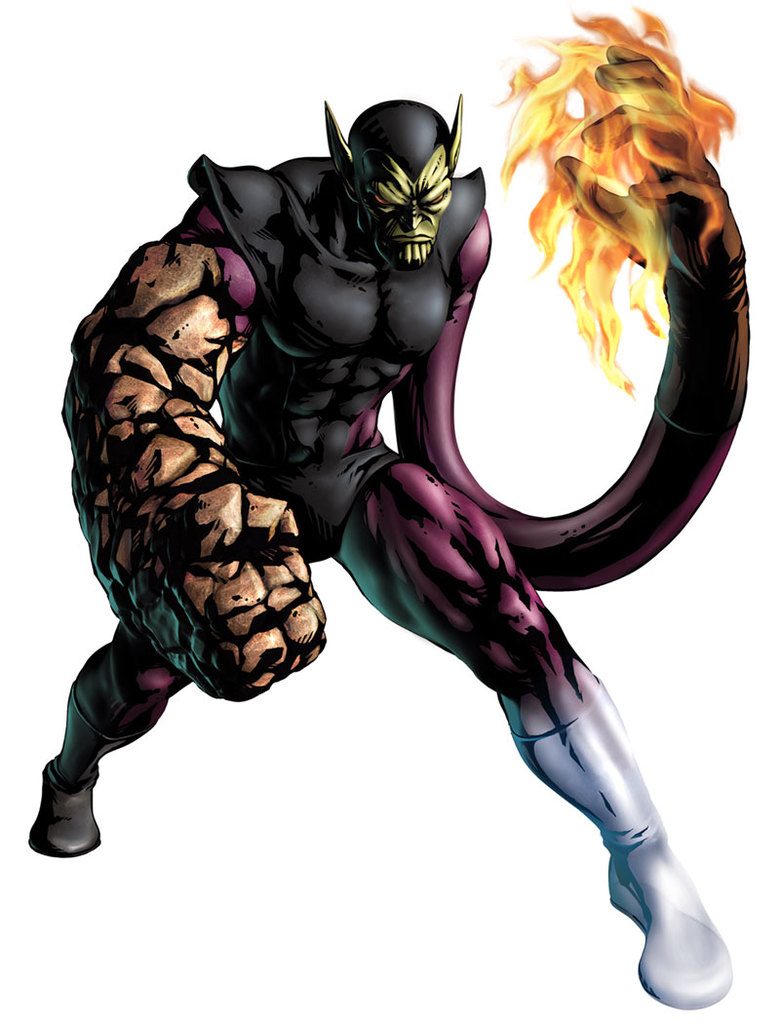