Vengeance-seeking survivor of a race destroyed by the Celestials

Stellaris wears alien battle-armour fueled by powerful cosmic energies that put her on par with a Herald of Galactus. The armour is capable of leveling cities with an array of weapons including concussion, sonic and heat blasts. It also boosts her strength to incredible levels, protects her from most harm and is capable of space flight.

Lone survivor of an unknown race destroyed by the Celestials, Stellaris has devoted herself to the destruction of these cosmic beings. Armed with alien armor of vast power, she has battled the Asgardian hero Thor on multiple occasions in her attempts to eradicate Celestial relics on Earth and beyond.

Stellaris joined Gamora’s Graces and was one of her enforcers on Godthab Omega, where she came into conflict with Ronan, Korath and Glorian. That conflict was settled only when the Annihilation Wave attacked, and Stellaris helped hold off the invaders long enough for the Graces to escape. She and her allies now look for new purpose as part of the Unified Front against the Wave.

The obsessive survivor of an alien race, Stellaris was consumed with hatred for the Celestials who judged her race ‘unfit’ and destroyed Recently, she seems less obsessed with this goal, though it’s unlikely she’s forgotten the deaths of her people. Stellaris is very objective-focused; she doesn’t worry much about civilian casualties or collateral damage when she takes down a foe. 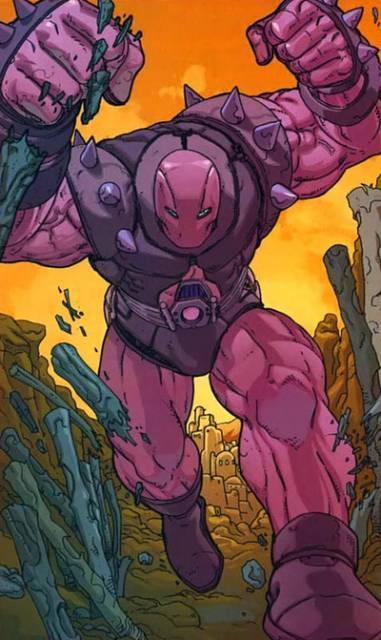