Peter Quill is in Olympic-level physical condition and displays extraordinary tactical skills and combat prowess. He uses a variety of alien weapons and personal defence items, such as a suit that’s armed with deadly energy weapons and provides protection and life support. Quill also has a number of cybernetic implants that enhance his senses.

When astronaut Peter Quill made contact with alien life, he became the champion of an alien entity called the Master of the Sun, earning the title ‘Star-Lord.’ In his travels he discovered that his father was an alien of the Spartoi race, but Peter declined to become involved in that empire’s struggles. While trying to stop the Fallen One, a former Herald of Galactus, Star-Lord inadvertently caused massive collateral damage, killing hundreds of thousands of sentients, and was sentenced to a term in the Kyln, an intergalactic prison.

Quill was in one of the artificial moons of the Kyln when an armada of impossible size and power emerged from the Crunch. He managed to escape, and to rescue a handful of prisoners and Omega Core guards, thanks to an alliance with Reed Richards and fellow prisoner Paibok the Power-Skrull. Since then he has done his best to assist in resistance efforts against the Annihilation Wave.

Star-Lord’s experiences have made him a cynical and hardened veteran. His natural sense of honour and moral obligation struggle against the weight of his guilt; his numerous personal sacrifices and losses often push him into the good fight against his better judgement. He’s brave but not foolish, displaying a well-developed set of survival instincts complicated by his knight-errant lifestyle. 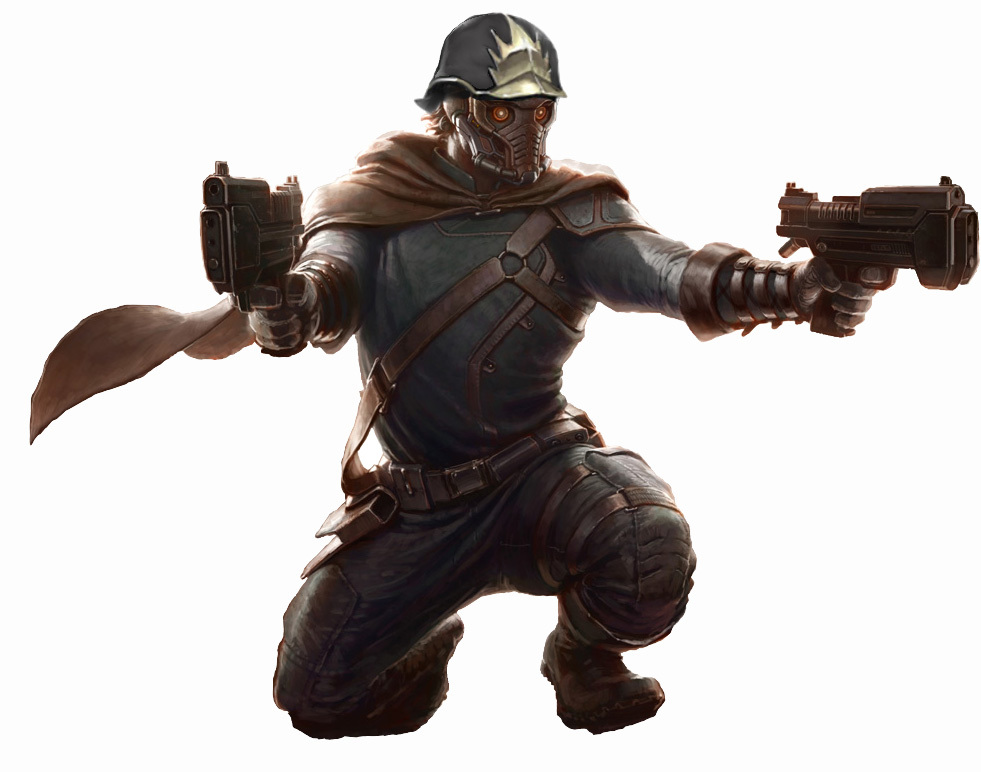