The greatest of all of Galactus' cosmically-powered Heralds

The Silver Surfer is strong, fast and durable beyond most mortal understanding; he can alter matter, energy and even the very nature of the universe at a whim, thanks to the Power Cosmic. Riding his mentally-controlled board, he’s capable of unimaginable speeds traversing galactic distances.

To protect the people of his home planet Zenn-La, scholar Norrin Radd agreed to become the Herald of Galactus. As the Silver Surfer, he served Galactus for many years, before turning on his master in order to help the Fantastic Four defend Earth. Since that time the Surfer has adventured on Earth and through the cosmos, at times alone, at other times back in the service of his former master.

When he detected a source of anti-energy, the Surfer came to Azimuth Station to investigate, and allied with Quasar and Spirit to protect Air-Walker from the Seekers. Concerned with this new danger, the Surfer met with Firelord and Stardust, and learned from Galactus that the Annihilation Wave was hunting out sources of cosmic power. The Heralds battled Ravenous and the Seekers and discovered that the Proemial Gods had allied with Annihilus – and now they have overpowered and captured Galactus!

The Surfer is noble and stoic, far removed from normal mortal feelings and concerns. He can be dangerously naïve and reserved because of his isolated cultural background and distance from humanity enforced by his altered form. An explorer at heart, the Surfer never stays long in one place, indulging his wanderlust until he encounters a situation where he’s moved to intervene. 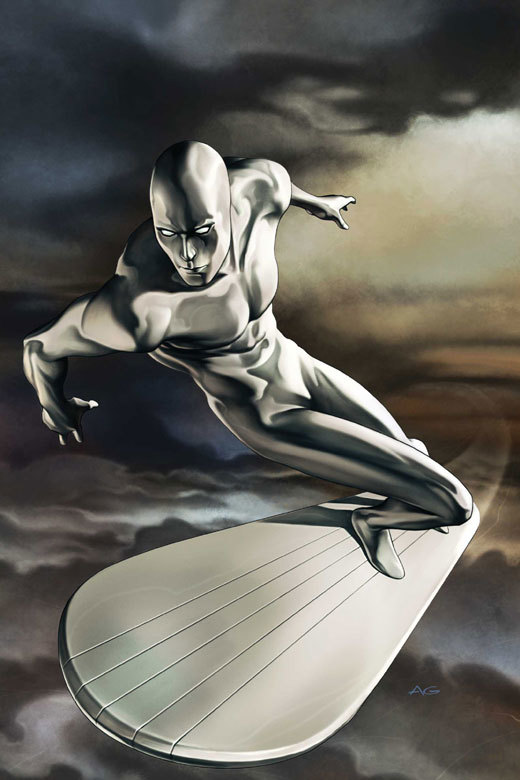