Ravenous is immensely strong and resilient in his own right. Through his pack of currs, he can channel the Opposing Force to project energy blasts and fly through space. The currs themselves are vicious, dangerous creatures that can reconstitute themselves from pure energy if destroyed.

He is very persistent, and believes that all of the former Heralds of Galactus must be captured for Annihilus. He is rumored to have eaten one of his victims, the fallen Herald Morg, after the Annihilation Wave invasion began.

After his attempt to kill or capture the Heralds of Galactus failed, Ravenous returned to Annihilus’ fleet with the Glorian Matrix to receive new orders from his master. 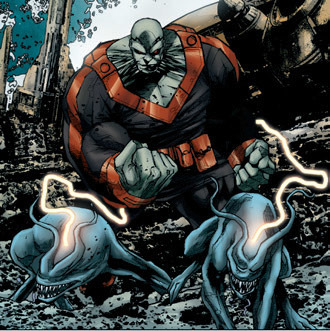