'Protector of the Universe' and wielder of the Quantum Bands

Quasar’s Quantum Bands tap into the limitless power of a dimension called the Quantum Zone. They enable their user to fire blasts of cosmic energy and create coherent energy constructs, as well as defensive energy fields. The bands can tap, drain and convert almost any form of energy for use by their wielder, and enable interplanetary or even intergalactic flight. They also provide life support.

SHIELD trainee Wendell Vaughan lacked the killer instinct for fieldwork, so was assigned to help analyse and test the Quantum Band devices SHIELD had discovered. Wendell wore the bands to defend his fellow agents from attackers, becoming the superhero Quasar. He was then charged by the Bands’ creator, the entity called Ego the Living Planet, to become the ‘Protector of the Universe’, a hero serving not just Earth but all life in the cosmos.

After failing to stop the Harvester of Sorrow, Quasar worked with Baroness S’bak to unite Skrull forces and took over security duties at Azimuth Station with the help of Spirit. He brokered a temporary alliance with the Shi’ar Empire and Gladiator to protect the station from the Annihilation Wave. And when the Super-Skrull returned from the Negative Zone with a viral weapon that could weaken the Harvester, Quasar led the battle against the super-weapon and eventually destroyed it from the inside, suffering significant injuries and possibly corrupting his Quantum Bands with negative energy.

Wendell is a good man trying to do the right thing in a universe well beyond the comprehension of most of humanity. He’s clever, resourceful, brave and self-sacrificing. Although he possesses all the qualities of the traditional costumed heroes he’s fought alongside, he’s more fallible than he’d like – he never lets himself forget his mistakes and he’s always working to learn from his errors. 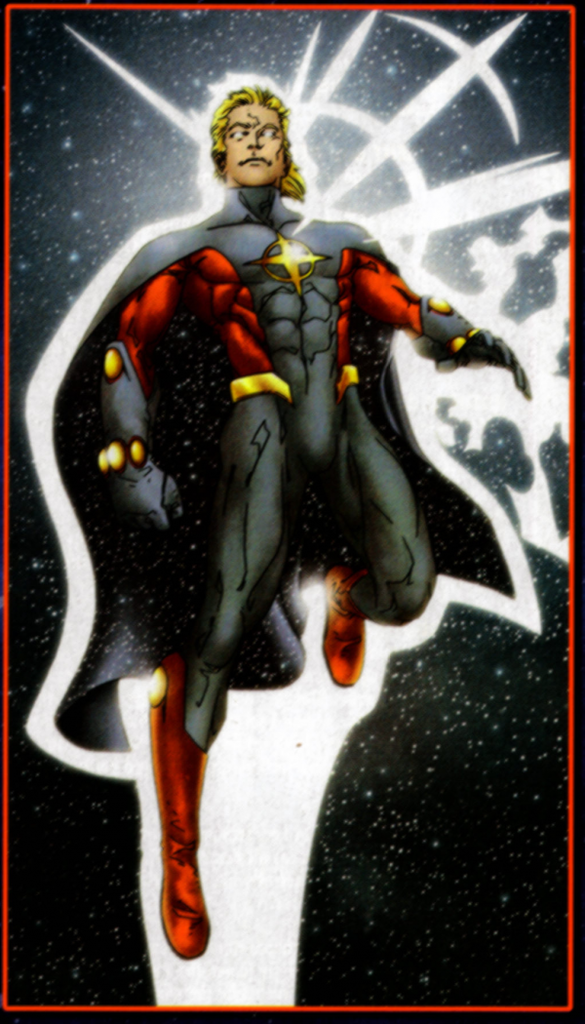