Richard Rider, the last survivor of the Nova Corps

Empowered by the full extent of the Nova Force, Rich is almost as powerful as a Herald of Galactus. He is immensely strong and resistant to damage and stresses, can fly at incredible speed, emit gravimetric pulses and even force open stargates. His link to the Xandarian Worldmind also gives him access to all its stored information and guidance.

Richard Rider was a normal high school student until an energy beam from an orbiting spacecraft granted him the powers of a Nova Corps Centurion. In time, Nova forged his place among other heroes in New York and grew from an impulsive kid to a trusted hero, as well as an important member of the Nova Corps, protectors of Xandar.

When the Annihilation Wave attacked the Nova Corps, Rich was the sole survivor of the Nova Corps; he downloaded the Worldmind into his own body and mind and gained full access to the Nova Force. After the two came into conflict during battles with Annihilus and the Annihilation Wave, Rich uploaded the Worldmind into the colonial information network on Nycos Aristedes. Nova Prime now acts as one of the United Front’s heaviest hitters against the Wave, while the Worldmind coordinates resistance efforts from Nyco Aristides.

In costume, once Rich sets his sights on a goal, he won’t stop until he achieves it. Out of costume, he’s often unmotivated, sloppy and a bit of a braggart. Even when others are less than loyal or fair to him, Rich consistently puts their needs ahead of his own, often to his detriment. He might not always follow every order given to him by an authority figure, but Rich always does what he thinks is right. 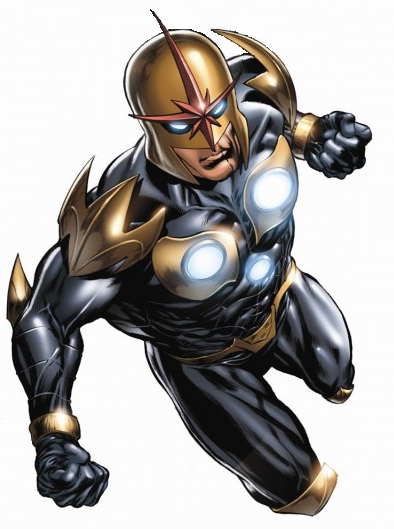