Ms Marvel has gone through more than one set of superhuman abilities during her career. Currently, thanks to her empowered Kree-human-hybrid genetic structure, she possesses a respectable degree of superhuman strength and durability. She can fly, emit powerful energy discharges and channel ambient electromagnetic energy. Ms. Marvel is also a highly trained combatant and an accomplished military officer, spy and pilot.

Carol Danvers left home after high school and joined the Air Force, where she became an accomplished pilot and eventually joined military intelligence. She left the USAF to take a job as security head for NASA and became an ally of the Kree hero Mar-Vell. Exposed to a Kree device designed to alter reality, Carol found her body modified into a half-Kree superhuman form and took the name ‘Ms. Marvel.’ She was a member of the Avengers, then spent years in space with the Starjammers, before returning to earth and working with Homeland Security. After several personal and emotional setbacks, she has rejoined the Avengers and is determined to take her place as one of Earth’s greatest heroes.

Ms Marvel was on hand when the Super-Skrull attempted to steal access to the Negative Zone; she saw through his disguise and alerted Iron Man and Mister Fantastic to his deception. The heroes accompanied the Skrull into the Negative Zone, took over the UX-73 Prison Planetoid and brought it back to the positive universe to use as a weapon against the Harvester of Sorrows. Injured in that battle, Ms Marvel stayed in space while her allies returned to Earth, and now helps in the fight against the Annihilation Wave.

Ms. Marvel has spent a good portion of her life fighting through a series of insecurities. She tends to overcompensate, and while she doesn’t grandstand unnecessarily, she may take unwise risks or impulsive actions to prove herself to those around her. She also tends to lead with her fists, projecting a buffer of violence between her and anything she perceives as a threat. When in doubt in a situation, she will generally default to her military training and the mindset it conditioned. 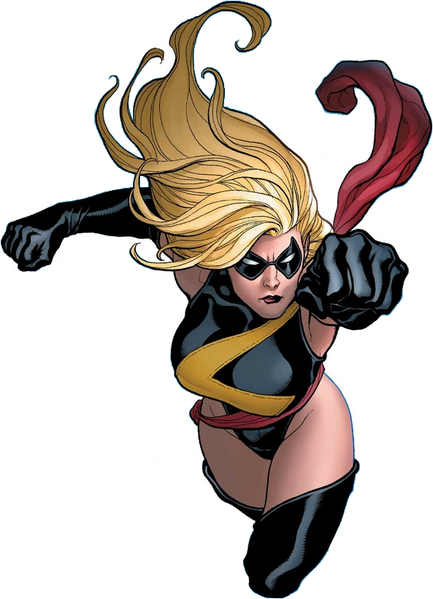