The deadliest woman in the universe

Thanos used advanced technology to grant Gamora enhanced strength, reflexes, durability and stamina. Gamora’s formidable abilities were enhanced after returning from death; now, she’s the equal of nearly any cosmic being, especially when she wields the mysterious dagger Godslayer.

Gamora is a member of the Zen-Whoberis race, raised by Thanos to be an assassin and practising her techniques on the Universal Church of Truth. She turned against Thanos, who killed her, but she later returned to life, joining others to safeguard the incredibly powerful Infinity Gems. Recently, the great powers of the universe humbled Gamora and discarded her.

Along with her Graces, Gamora ruled a tiny empire on the planet Godthab Omega until Ronan the Accuser came looking for information. She confronted him in battle, but the two of them realised they were being manipulated by the reality shaper Glorian and temporarily joined forces to defeat him. When Godthab Omega was destroyed by the Annihilation Wave, Gamora led the Graces to Azimuth Station, and now fights with the United Front to defeat the invaders.

Gamora’s pride and vanity means she doesn’t like to be seen while she’s weakened or injured. After her humiliation by cosmic forces, she’s determined to regain her reputation as the most dangerous woman in the universe. Due to her upbringing by Thanos, she values belonging to a team. 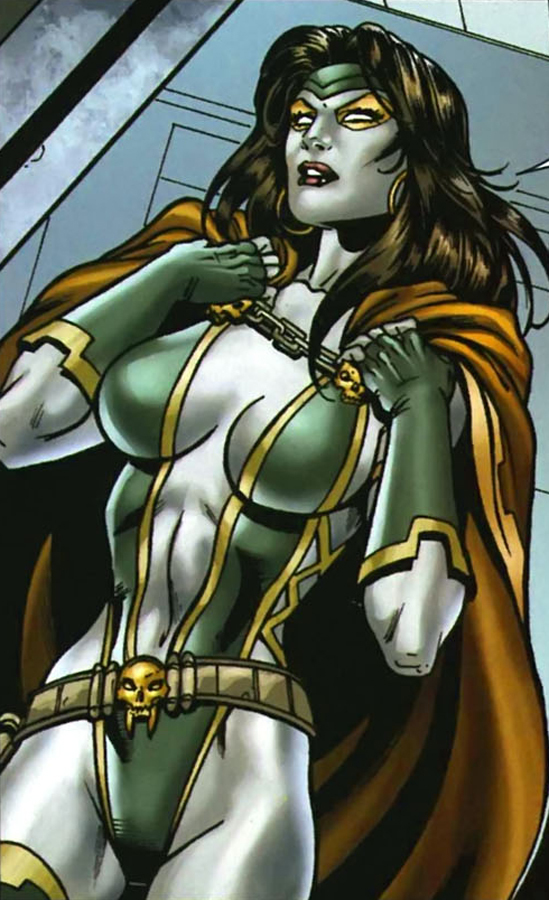