Drax has superhuman levels of strength, stamina and resilience. He heals incredibly fast and his speed and reflexes are better than the fastest human’s. Drax is one of the most dangerous close-combat fighters in the universe; his weapons of choice are twin knives.

When hiding on Earth, the mad titan Thanos killed Arthur Douglas to prevent being discovered. The Titan god Kronos placed Arthur’s astral form into a manufactured body, creating Drax the Destroyer, a brutish being whose sole purpose was to kill Thanos. Years later, Drax found himself back on Earth, where he was transformed again and regained his intellect, as well as his surly sidekick Cammi. He was then arrested by Omega Core and transported off-world for alleged crimes.

Due to the destruction of the Kyln and the disruption caused by the Annihilation Wave, the transport ship carrying Draw and Cammi abandoned them on Nycos Aristedes. When Wave forces attacked the colony, Drax joined forces with Nova Prime, Tana Nile and Beta Ray Bill to fight them off, and was transported with them (and the rest of the planet) to Dimension Eleven and then back to the Greater Magellanic Cloud. He now fights with the United Front against the Wave.

Drax is gruff and somber; he has a blunt wit, but shows a softer side in his care for Cammi and his estranged daughter Heather, also known as the galactic adventurer Moondragon. He doesn’t enjoy killing, but he was designed to quickly and efficiently dispatch his foes. 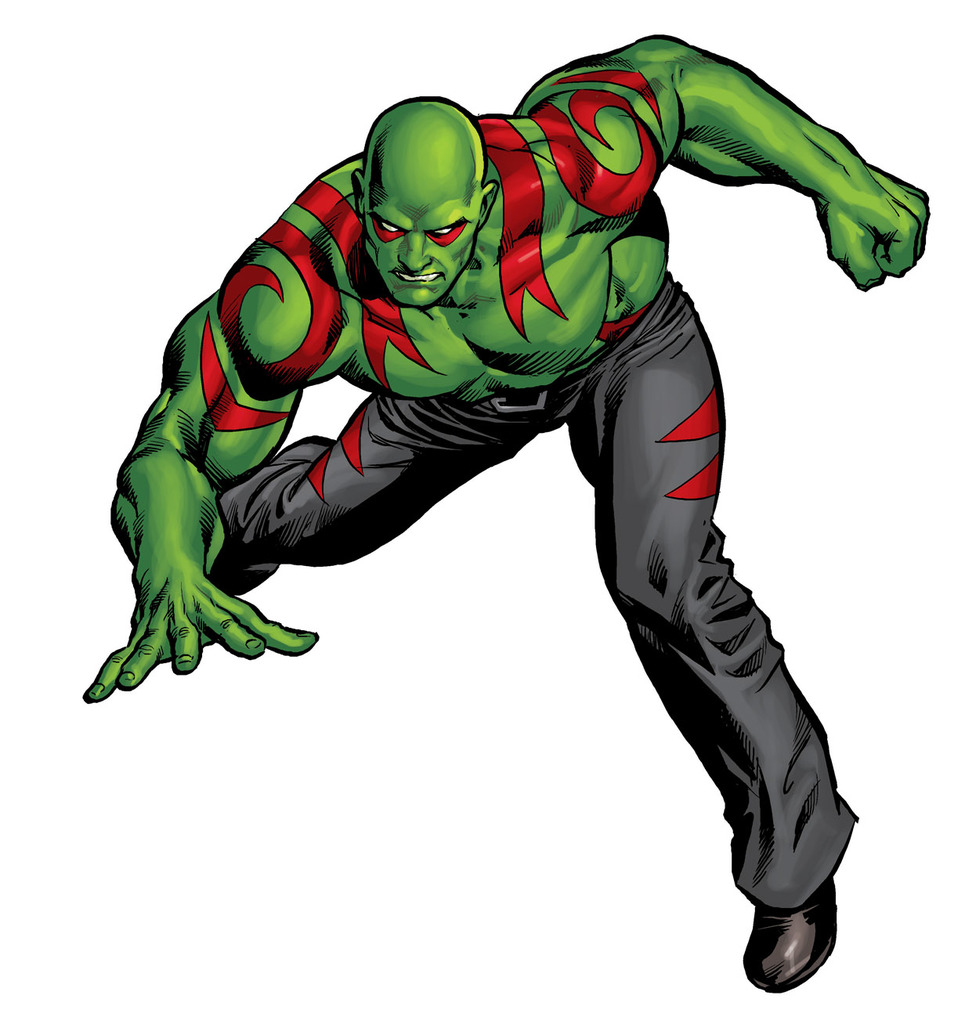