Descended from birds like all Shi’ar, Deathbird manifests a number of mutations that reflect her avian heritage, including enhanced reflexes, talons and fully functioning wings. She is a highly experienced combatant and is equipped with high-tech Shi’ar weapons and armour. As Viceroy of the annexed territories, she controls a significant sector of the Kree Galaxy and the military that protects it.

Cal’syee Neramani, Elder sister of Shi’ar Majestrix Lilandra Neramani, resented both her sister and the way her people viewed her atavistic mutations as a “genetic throwback.” After she was exiled for murdering her own mother, she took the name Deathbird and briefly succeeded in seizing the throne.

Due to her service in the recent Kree-Shi’ar war, she is currently viceroy over various annexed Kree worlds in the Greater Magellanic Cloud. While the Shi’ar Empire has ordered that she hold back from conflict with the Annihilation Wave, Deathbird might be convinced to lend military aid to the United Front if it was worth her while. 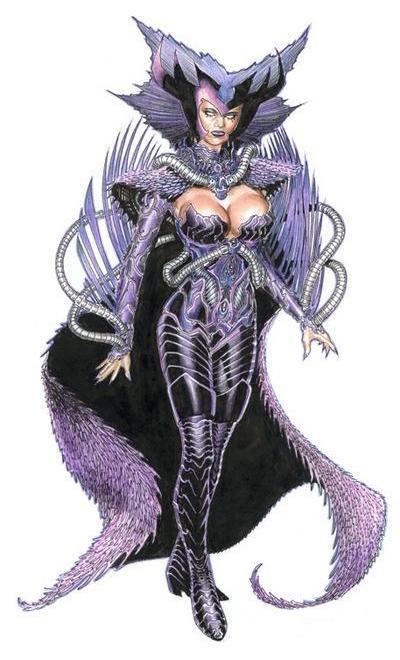