A sarcastic tween travelling with Drax

Cammi is smart, stubborn, manipulative and jaded beyond her years. She also knows how to drive a truck.

Cammi is a spunky, sarcastic pre-teenager from a broken home in Coot’s Bluff, Alaska. When an Omega Core prison transport carrying Drax the Destroyer and other prisoners crashed on Earth, the inmates rampaged through her town until Drax stopped them and signalled for a new ship to collect them.

Sick of dealing with her alcoholic mother and the small town drama she caused, Cammi jumped at the chance for something more exciting, regardless of the danger. She stowed away on the Omega Core ship; when discovered, she partnered up with Drax, taking advantage of his paternal instincts. Currently she and Drax are stranded on Nycos Aristedes. 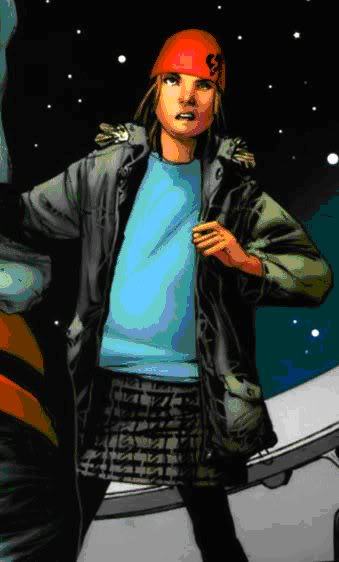