The Battle for Hala

Nova and Beta Ray Bill warp into the Hala system on board Skuttlebutt, looking for the Glorian Matrix, along with Ronan and Korath, who seek answers from House Fiyero about why they framed Ronan. (Although Korath is perhaps more interested in the Matrix.) They try to bluff their way past the defences of the Kree homeworld, but are quickly discovered, and Bill stays in orbit to distract the Kree (and protect his ship) while Nova opens a miniature stargate to bypass the defences in Ronan’s cruiser.

Pursued by Kree ships and soldiers, the cruiser flies in towards the Hala capitol and the Citadel of the Kree – headquarters of the Accuser Corps and the Supreme Intelligence, now the seat of House Fiyero’s government. Korath senses that the Matrix is somewhere near the top of the building – so rather than dock at the ground and fight their way up, Nova smashes through the side of the Citadel near the top. The cruiser blasts in behind him, dropping Ronan, Korath and their Kree Starforce followers into the massive Hall of Justice. There, in front of the Council Chambers, the invaders fight a squad of Royal Guard defenders, led by Korath’s old ally Captain At-Lass, as well as a massive Sentry robot. 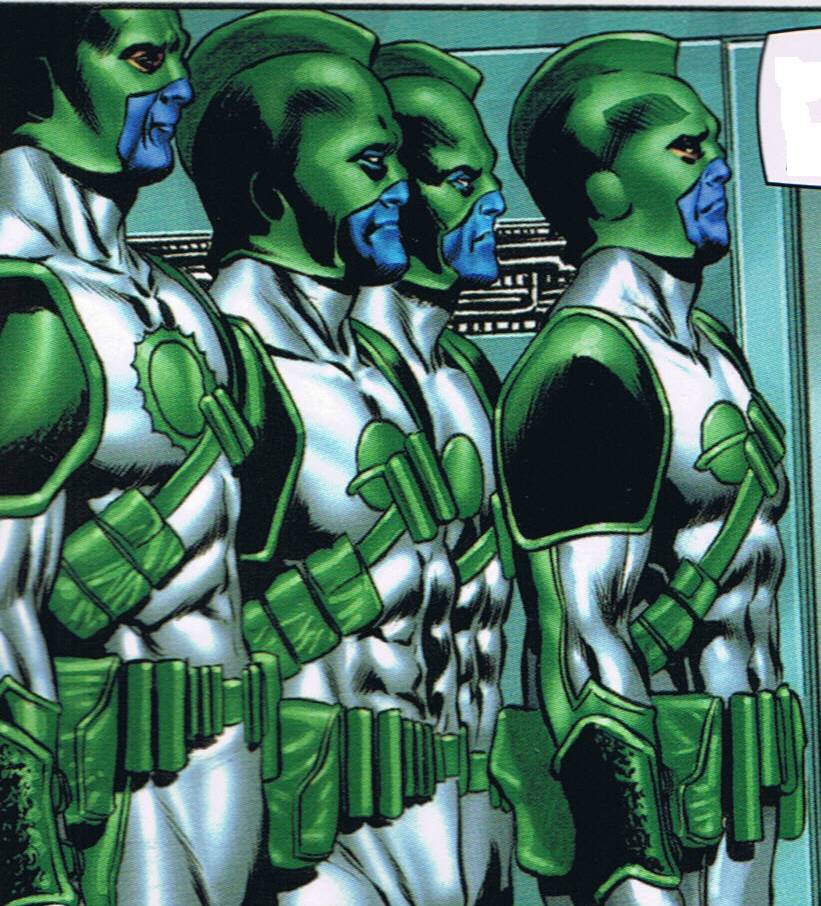 Taking down the Guard, Korath opens the doors to the Chambers to discover who has been meeting with House Fiyero – Annihilus’ lieutenant Ravenous, who carries the Glorian Matrix! The powerful alien sends his Currs to tear apart the Starforce soldiers, but lets his guard down long enough for Korath to grab the Matrix, at which point Nova grabs his comrade and teleports them both back to Nycos Aristides. But Ravenous tears open a hole in space to follow them, so Korath has to tap the power of the Matrix and imprison Ravenous in a giant dodecahedron of energy to stop him. Nova teleports the energy-jail into the local sun, but Ravenous teleports away – defeated, but with the knowledge of where Nycos Aristides can be found.

On Hala, Ronan defeats the Sentry and confronts House Fiyero’s Board of Directors, executing any that dare defy him. Terrified, they confess that they allied with the Rigellians to frame him and get him out of the way so that House Fiyero could more easily control the Empire. Interrogating the prisoners and examining the evidence, Ronan realises that the Annihilation Wave is tearing through the Kree Galaxy, but that House Fiyero has covered this up while trying to bargain with the Wave for safety – and that they lobotomised the Supreme Intelligence, ultimate ruler of the Kree, to prevent it interfering. Enraged by these discoveries – and lionised by the Kree citizens that have watched him tear apart the pretender government – Ronan assumes the throne of the Kree Emperor to lead his race in battle against the Wave.

And back in the Andromeda Galaxy, Annihilus screams with fury over Ravenous’ failure and the loss of both the Matrix and the Harvester of Sorrow. Before he can kill Ravenous or destroy any more of his fleet out of pique, Annihilus is calmed by his erstwhile ally Thanos. The Mad Titan says that the time is nigh to enact his secret plan – a plan that centres around Galactus.

Annihilation - Session 16 The Fall of the Giants

Annihilation - Session 14 Back in the Game