The Battle for Azimuth Station

After nearly a year in the Negative Zone, building a viral weapon to combat the Harvester of Sorrows, Mr Fantastic and his allies – Iron Man, Ms Marvel, the Super-Skrull and Praxagora – emerge through the Crunch back in the positive matter universe, where only a month of local time has elapsed. They quickly gather data on the state of the galaxy and the war against the Annihilation Wave, then set out to intercept the Harvester in their ship – the UX-73 Prison Planetoid, now fitted with hyperspace engines and outfitted as a mobile battle platform.

The Harvester, and its accompanying fleet, are attacking the Yaruan system – home to Azimuth Station and the burgeoning resistance against the Wave. For days the station’s defenders have fought against the invaders, but the Harvester is immune to all attacks and pushes through the system, primed to destroy Azimuth’s planetary base. Gladiator and Devos are among those fighting back, while Quasar attempts to coordinate the Skrulls, Shi’ar and other defenders – but it’s not until UX-73 enters the system that they see any hope of victory. 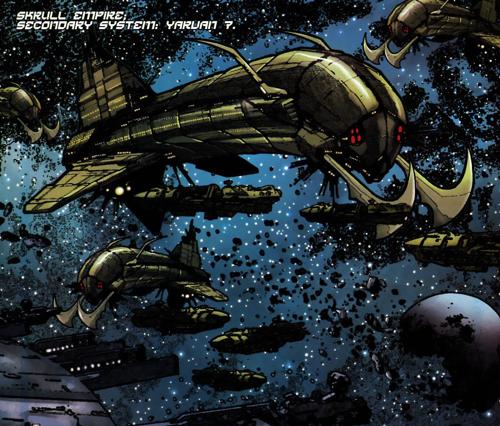 Conferring with Mr Fantastic, Quasar sends most of the defending ships away from the Harvester to attack the rest of the Wave fleet, opening up a path for UX-73 to launch the virus missile; the Super-Skrull pilots it rather than let it fly unguided. Devos, Gladiator, Praxagora and Ms Marvel help defend the missile from the remaining Wave forces – it impacts the Harvester, riddling the organic superweapon with poison and weakening its defences!

But the battle is far from over, as the Harvester moves into position to unleash its anti-energy core upon the planet. Devos exhausts his armour’s power and Gladiator is struck down by the Harvester’s weapons, so Quasar joins the fray; he and Ms Marvel fly into the Harvester to attack the core while Praxagora unleashes her fusion powers to take down the ship’s communications. Faced with the weapon that defeated him once before, Quasar taps into the Quantum Zone to destabilise space-time within the core before the ship’s internal weapons can re-activate and stop him; the core collapses and the Harvester explodes in a massive ball of energy! 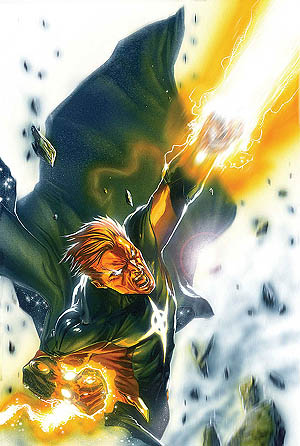 In the aftermath, Ms Marvel and Quasar are critically injured, and are taken to recover on Azimuth. Iron Man and Mr Fantastic return to Earth to continue dealing with the superhero civil war. The remaining Wave forces scatter to nearby systems or through the stargate to the Kree Galaxy, while the resistance forces regroup after their victory.

And Annihilus, furious beyond measure at the loss of his planet-destroying weapon, is mollified by Thanos – who has a plan for an alternative…

Annihilation - Session 15 The Battle for Hala

Annihilation - Session 14 Back in the Game